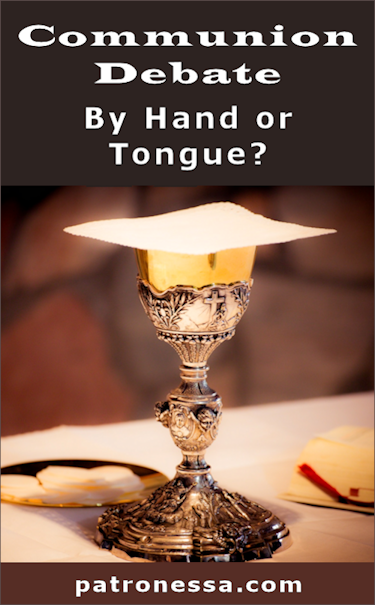 One way to get a bunch of Catholics squawking is to insist that we should all receive the Eucharist the same way…either by hand or by mouth…and by doing it consistently the same way we are all united in how we are receiving Our Lord.

For those wishing to receive by hand, the argument is that this is more aligned with how the earliest Christians received the Eucharist. The silence is deafening though when it’s pointed out that the early Christians also made public Confessions rather than privately, one-on-one with a Priest. Who wants to return to that!

For those wishing to receive on the tongue, the argument is that this is more aligned with Church Tradition over long (and most recent) history but more importantly, it best protects Our Lord from being abused as each morsel, each crumb of the Blessed Host contains the True Presence, the Body of Christ.

My opinion is simple: The Bishops of my diocese (past and present) have accepted both practices as a worthy and acceptable way to receive Jesus in the Blessed Sacrament. Who am I to say this is wicked or wrong? But my thinking has also evolved over time and I’ll share below what my feelings are today.

As a child growing up in the 70’s and 80’s, I was often confused as to my real life experience of Catholic Mass and what I saw on TV or in movies. Everything seemed so sacred, so reverent on the big screen…real life was different. Where I saw men, women and children on TV kneeling before a gorgeous, elaborately carved rail at the foot of the Sanctuary, humbly waiting for the Priest to place the Blessed Host on their tongues, reality instead displayed an assembly line of folks shuffling up the middle aisle for the Priest to place the Host on each opened hand and then the fellow parishioner either placing the Host in his mouth or hovering his mouth down onto his hand to consume the Host that way. There was such a discrepancy between reality and fantasy and I couldn’t figure out why this was.

It wasn’t until my 20’s when I realized how careless I was when I received Holy Communion. It simply didn’t occur to me to watch for falling crumbs and to be assiduous in my care of the Consecrated Host. I still received by hand but started something new: after placing the Host in my mouth, I would lick my two fingers that handled the Host as well as the area on my hand that initially received the Host. I carried on with this practise until recently. If I sit and think carefully about this, how odd was that practise? Licking fingers and my hand, like there was some sort of reverence or dignity in this? The alternative was not to do that, but then even the teeniest trace of Host left behind would get in my hair (when I ran my fingers through it), or maybe left behind on the door handle when I opened my car door or on the prayer book when I placed it back in my purse after Mass. The countless ways where I was dumping behind the True Presence of Christ in Consecrated crumbs is shocking and alarming. It’s not like the Presence of Christ “evaporated” or “disappeared” after a period of time, the Divine Presence was Ever and Always Present until the Host itself either dissolved or aggressively deteriorated. And I behaved like this for most of my life!

When I did determine that something was off and that I really should be receiving by mouth, I was flummoxed. I can be confident in some things, and insecure in others. This was something I was very insecure about. How exactly do I receive a Host by mouth? I’ve seen people open their mouths so wide and stick out their tongue so far that it was like a third arm stretching out of their body to grab the Host. Surely that wasn’t the way to do it? It was somewhat repulsive! Or what if I made a mistake and in my clumsiness the Host fell off my tongue and onto the floor? How horrified would I be!

No one has taught my generation (and younger) how to receive Communion on the tongue. I’m convinced this is a major reason why so many don’t…because if we’re honest, and if we take a sincere look at what we’re doing when we receive the Blessed Sacrament and what the Host actually, truly is…there really is no question as to what method best protects and honours Our Lord. Comments such as “if you truly believed this is the Body of Christ, you wouldn’t worry about such nonsense” are really unhelpful and part of the problem. Who wants to step forward and say “look, I want to do this but I don’t know how or have anxiety about how best to do it” when others are quick to talk down to them?

If you too would like to start receiving on the tongue but aren’t sure how to go about it, please keep reading and I’ll share what I’ve learned.

How To Receive Holy Communion On The Tongue

That’s it! This is a pretty intimate way to receive Our Lord and you may feel some awkwardness or anxiety at first…maybe Sunday Mass where there are hundreds of people around might not be the best time to start. What you can do is go to weekday Mass (morning or evening) where there won’t be a lot of people and do this a few times until you feel comfortable. You can also talk to your Parish Priest and let him know you want to start doing this and maybe he’ll have some pointers for you too.

Be Watchful of the Trap!

One thing that sneaks up on people when they start receiving Holy Communion on the tongue is to look down on others who don’t. This is offensive to Our Lord, I’m sure of it. Accept that we are living in different times and that Our Lord does and will work with everyone who has a sincere heart. He will guide His children as He sees fit. Maybe today is the time for you to begin receiving by mouth…and a few years from now He may be guiding your neighbor along that path. Let Our Lord lead His flock and don’t place yourself above anyone. Where you are today is by Our Lord’s grace, not a self-generated holiness.

@themadsloth #HarryandMeghan do the right thing! Decline it. Canadian taxpayers do not owe you anything. We shouldn't be forced to pay this.
4 7

I forgot. My city is hosting the Junos this year.So excited to have all the Canadian mega celebs descend their enlightened, re-educated selves upon us.I wonder if they'll get Harry & Meghan to present an award? [[[SQQUUUUEEEE]]]🥱😴😴 https://t.co/9XboiUvA2z
2

RT @PrisonPlanet: “Toxic masculinity” now includes men talking to each other about sports. This is where we’re at. https://t.co/uHXr9kqbp9 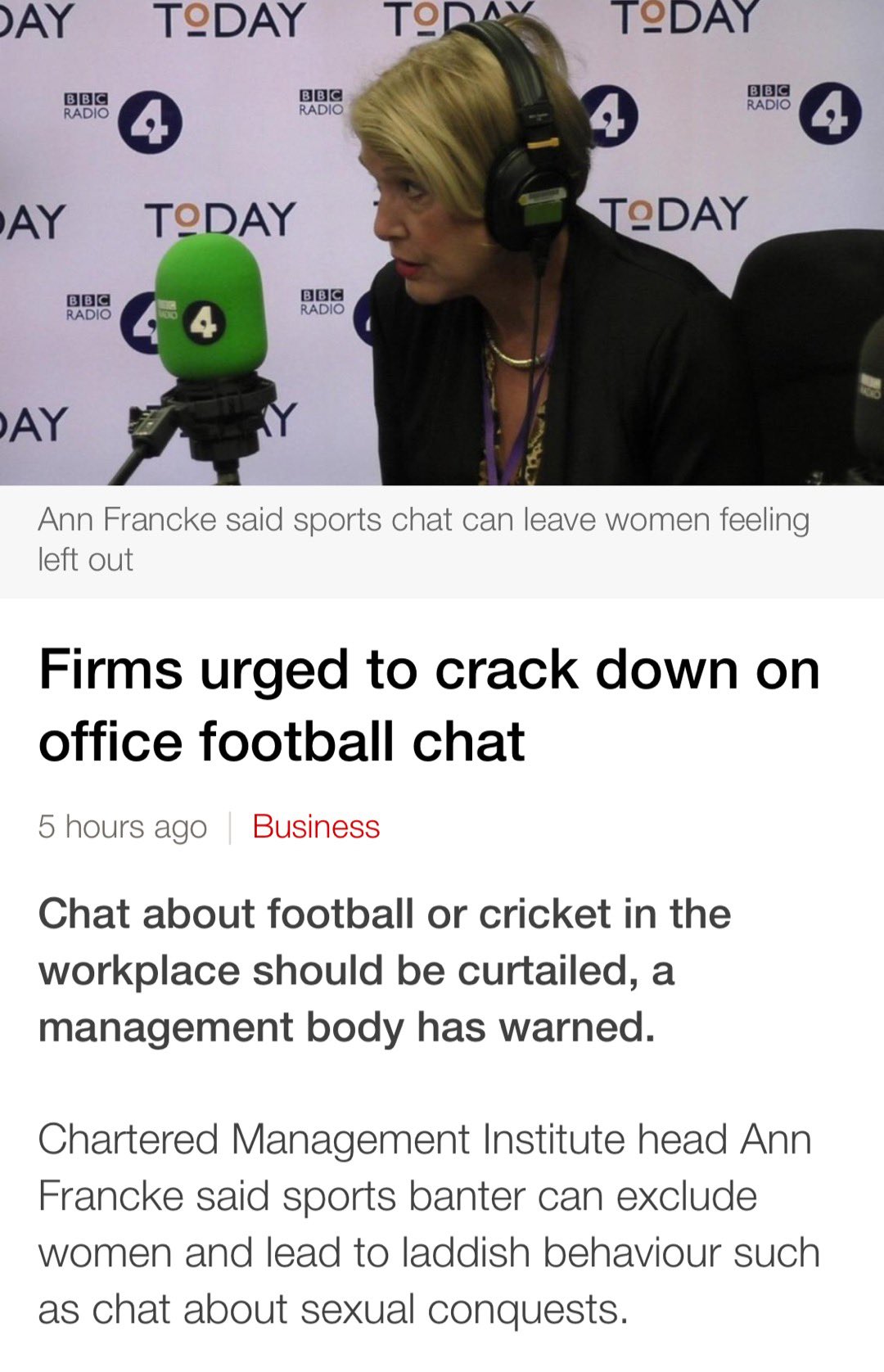 @joe_warmington I'm a 50+ year old woman and this reminds me that I need to learn some good self-defense moves.Times are different. Culture's degrading. Women are thisclose again to being dragged off by their hair like they were in the caveman days.
1